The Crowe & Wasson project has an official release day of 11/12/2021. Due to Crowe's illness we had postponed making the CD available for sale out of respect to him and his family. JD did get to see the final product of this project.  This is a project that JD was very proud of. JD performs on 12 of the 14 tracks. For "Crowe on the Banjo" and "Honey You Don't Know My Mind" JD wanted to hear his banjo played through the mic and handed it over to Ronnie Stewart for the cut. The majority of this project was cut in the studio when JD was 80 years old. (2017) Four tracks however were recorded on March 15, 1998 while Rickey, JD, and Curt Chapman were in the studio having fun. Those four tracks are: "Holding Things Together", "Handsome Molly", "Worried Man Blues", and "Shuckin' the Corn".

"The Artist and Songwriter's Label"
“I’m really proud to be the first artist on Alicia’s newly formed label- Truegrass Entertainment.  I believe because she has grown up in a family that has surrounded her with bluegrass music she knows what listeners want to hear.  She has been influenced by a variety of professional musicians over the years which gives her a great sense of quality music.  From my own personal experiences with getting my music out, she has the knowledge of what is fair for both the artist and the label.  Her degree in the Recording Industry will help her to be able to accomplish her goal of owning a label that will help new talent as well as established artists get their music heard.  I am really looking forward to being a part of this new label and seeing what the future holds for her.”
-Rickey Wasson

“It just felt like ‘now or never’ to try my hand as band leader,” Parker says. “I’m really happy with…

We are looking forward to seeing everyone at IBMA!  Join me Thursday morning at 9:00 a.m. for "I've Got a Song, Now What?"  This publishing session will be a lot of fun!

Hats Off To Haggard Release Date 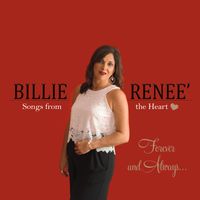